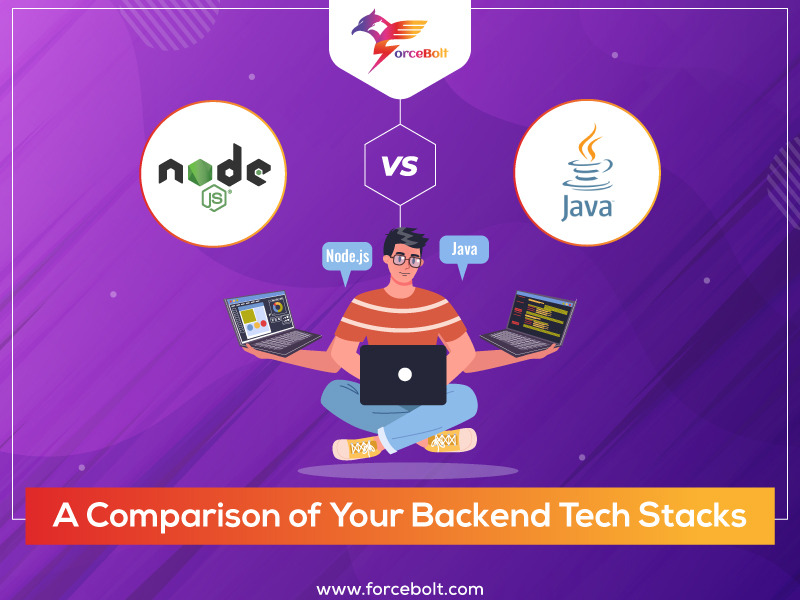 In this day, the popularity of backend technology extends beyond seamless operations. The current idiom is “faster, better, and wholesome.” As a result, mobile app backend technologies provide scalability, flexibility, and long-term viability. A full stack development agency‘s preferred languages are unquestionably NodeJS and Java. While there are intense disagreements and debates around the world about the advantages and downsides of NodeJS and Java, it’s safe to state that each of these backend technologies has its own set of benefits and drawbacks.

In this blog, we’ll describe essential properties of Node.js and Java, such as performance, stability, security, documentation, community, talent pool, easiness to learn, speed, and cost of development, to produce a complete comparison between the two and access in which use-cases one is better than the other.

Ryan Dahl built Node.js in 2009 by integrating C, C++, and JavaScript. It’s a backend, cross-platform JavaScript runtime environment with the primary goal of executing JavaScript code outside a browser. In addition, Node.js can connect to other libraries written in different programming languages and interface with I/O devices via APIs. The Node.js concept of JavaScript emphasizes the integration of online application development around a single programming language for server-side and client-side scripts.

James Gosling invented Java in 1995 as a general-purpose class-based object-oriented language. It’s a network-centric language with few implementation dependencies, as evidenced by its framework: “Write once, run anywhere” (WORA). This language is built on the principles of flexibility and portability, allowing it to function on any operating system or hardware. When the initial version of Java was published, it was focused on developing interactive television, and it turned into one of the well-known programming languages on the planet.

One thing that developers always hear about Node.js is how fast it is. Is Node.js faster than Java, or vice versa? Yes. Due to the usage of compilers, Java is slower than native languages. Furthermore, while essential in some instances, its trash collection mechanism necessitates a large amount of memory. In contrast, Node.js applications never buffer, allowing data to be output in chunks and reducing runtime.

When it comes to dependability, Node.js and Java are fundamentally opposed. Interacting with APIs is at the core of Node.js. Because APIs keep changing, they frequently cause stability concerns for programs developed in this context. On the contrary, because of its strict, time-proven structure, Java is known for having highly stable interfaces.

Node.js has no built-in error handling, which is often seen as a security flaw. Furthermore, the JavaScript environment is extremely sensitive to nmp phishing and server denial-of-service attacks. Java, on the other hand, is a very safe programming language. Integrations, rather than the language’s architecture, are frequently the source of its flaws. For example, TypeScript is a common typed implementation for statically typed languages like Java. Thus, it can easily avoid most type-related problems. In contrast, Java’s bytecode verification verifies all of the code before it runs.

Large communities and committed developers generate libraries and customized content for Java and Node.js. By comparison, the Java developer community is older and is believed to be more adaptable as Java’s qualities have changed over time. However, that does not imply that one community is necessarily superior to the other in terms of knowledge. On the contrary, both frameworks and specialists are likely to find it easy to resolve challenges in their particular communities.

Internal scalability is not a feature of Java, though it can be increased by incorporating third-party apps like NCache (for distributed cache). Node.js’ event mechanism enables servers to reply in a non-blocking manner, making them very scalable. One of Node.js’ most important aspects is its scalability.

Java and Node.js are two different technologies, each with its own set of advantages and limitations. However, it is critical to comprehend them to analyze your future job properly. When it comes to performance, benchmarks of Java vs. Node.js demonstrate that the latter outperforms the former. Node.js development services also win scalability, as Java does not have any built-in scalability features. When it comes to stability, Node.js APIs frequently change, whereas Java APIs are more consistent. Vulnerabilities follow a similar pattern, with Java’s design geared toward increased security.

Are you still unsure about the technology to utilize? Then, contact an expert team of developers at ForceBolt who can give technical consulting and satisfy your demands with specialists who are knowledgeable in both technologies and have experience in your specific niche. 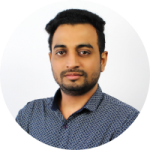 What Makes Flutter 2 Different From Flutter 1?

Why Should One Use Node.js While Creating A Website?