Java and JavaScript are two popular programming languages in the world of software development. Even though the two languages have similar names, they are very different from each other. In this post, we will discuss the similarities and differences between Java and JavaScript. First, let us throw some light on what is JavaScript and Java.

JavaScript (standardized as ECMAScript) is one of the three web components, along with HTML and CSS. It is a prototype-based scripting language that is browser-based to make web applications interactive and responsive. As stated in the Stack Overflow Developer Survey of 2021, JavaScript has completed the 9th year in a row as the most commonly known language.

The advantages are as follows:

Easy to Pick Up

JavaScript has a simple syntax, so it becomes easy to pick up due to its pervasiveness as a core technology on the web.

It is one of the core technologies in the web to build interactive websites, along with HTML and CSS. So, it offers an active developer community and development ecosystem with libraries, tools, and frameworks for web development.

JavaScript helps you to create apps for both the front and back-end technologies. It enables your developers to save their precious development time using reusable code across the web and mobile apps.

Java is a class-based programming language. When Java is installed on any hardware, it is possible to that software when a program is written in Java. It can run on any platform as it is a stand-alone program working on JVM ( Java Virtual Machine. It is rated as one of the best programming languages due to its security and compatibility. As per IDC, 90 percent of Fortune 500 companies currently use Java.

Java has a development ecosystem with libraries, tools, and frameworks for all types of applications and a vast developer community.

Java starts slowly but runs quickly, being a compiler-based language.

The JVM allows running Java apps on any device or operating system with JVM installed.

Java can efficiently run tasks simultaneously while maintaining parallel concurrency on account of its built-in support for multithreading.

There are lots of tutorials, courses, and guides. So, when you face a problem, there are higher chances of answering the already solved questions with StackOverflow.

Next, we explore the similarities between the two languages.

Similarities between Java and JavaScript

Both Java and JavaScript can create code for the creation of objects and their relationships with each other. Both refer to the same OOP. Both use the same control structures, operators, and comments of JavaScript are similar to Java. They can access various techniques like inheritance, polymorphism, and encapsulation by extensions.

Front-end development is possible with both languages. JavaScript gets implemented as a framework or library with its capability to be embedded directly into HTML. Java is used in the form of a Java applet.

Both are useful for server-side development. The back-end technologies such as JBoss, WebSphere, and Apache get supported by Java. However, the environment for back-end development for JavaScript servers is provided by Node.js.

Both are compatible with browsers, which means they can run in a browser. The popularity in web development is due to JavaScript running well on all modern web browsers. The Java Applets can also run on browsers, creating compatibility and security issues.

Let us now explore the differences between the two languages.

What are the Differences Between Java And JavaScript?

We all know that Java is a platform-independent, Object-Oriented Programming language; on the other hand, JavaScript is an object-oriented scripting language.

Java is used for server-side development. The client-side scripts like interactivity use JavaScript.

Moreover, Java is a compiler-based language, and the code in Java is compiled into byte code and runs on JVM. Javascript is an interpreted scripting language that uses syntax for writing the code and is interpreted directly by the browser.

In Static type checking, used by Java, the type of variable is checked during compilation. The type safety is checked during runtime in the case of dynamic typing, which JavaScript uses. The programmer specifies the variable type for Java but not for JavaScript. The static type checking detects the errors early in the development stage, and since the compiler knows the type, the code runs faster and with less memory. The advantage of dynamic checking is enhancing the developer’s productivity, with the freedom to assign the types.

Java adheres to class-based inheritance, a top-down, hierarchical, class-based relationship. So, here properties are defined in a class and inherited by an instance of that class. But in JavaScript, inheritance is prototypal, and all objects can inherit directly from other objects. In JavaScript, the hierarchy is achieved by assigning an object as a prototype with a constructor function.

Java: A vulnerability that occurs when a web application fails to clean user input into forms and other UI components is called SQL injection. You can execute SQL commands at the back end of your web app by submitting a SQL query. The SQL injection can be prevented by input validation and parameterized queries, including prepared statements. It involves cleaning the application’s user inputs and does not use dynamic database queries.

A web security vulnerability that makes it possible for the attacker to interfere processing of XML data for an application is called XML external entity injection (XXE). This vulnerability is related to Java libraries parsing XML. It is possible to modify an external entity to point to any location on the host machine (e.g., stored user data). Disabling DTD processing helps you manually limit the XML parser’s capabilities and prevent the XEE injection.

Here one can hijack the webpage to deliver malicious code to visitors for websites or web apps that fail to implement a same-origin policy and are vulnerable to an XSS attack. XSS attacks are prevented by filtering input upon arrival, where user input is received. You can ensure that browsers can interpret your data correctly by encoding data on output and using appropriate response headers.

It is a particular form of broad injection attack, where the attacker can send JavaScript or Node.js code that is interpreted by the browser or the Node.js runtime. This is concerned with injecting the code into web forms and other page features. It becomes easier for a hacker to manipulate and hijack a web page with code dynamically generated from the interpreter. Injection attacks get prevented through best practices of Input sanitization, such as allowing allowable characters and disallowing all others.

Java, a compiler-based language, runs faster than JavaScript when using a virtual machine. Although JavaScript has closed the gap with JIT compilation, Java’s built-in support for multithreading and concurrency are still limitations. On the other hand, JavaScript benefits both interpreted and compiled languages on account of JIT compilation. Concurrency gets handled by Node.js in a way different from Java. Here there is a single main thread of execution and supporting background threads for I/O work. There is an automated queue that manages coordination between the main thread and the background threads. This leads to fast server-side JavaScript with a concurrency model that is easier to reason about.

Java and JavaScript both have their own pros and cons. It depends on the project requirements and what you want to achieve with the development. You should consider Java when working with Android apps, scientific computing, big data analytics, or general-purpose programming. In contrast, consider JavaScript when working with dynamic web page applications, front-end technologies, or mobile app development.

Looking for the best Mobile App Developers to build performance-oriented user interfaces for modern rich applications? Get in touch with ForceBolt mobile app development experts who strive to deliver the project on time and invest their time to enhance their skills for developing powerful and efficient software as per your business requirements. 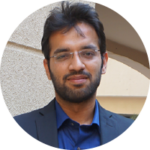