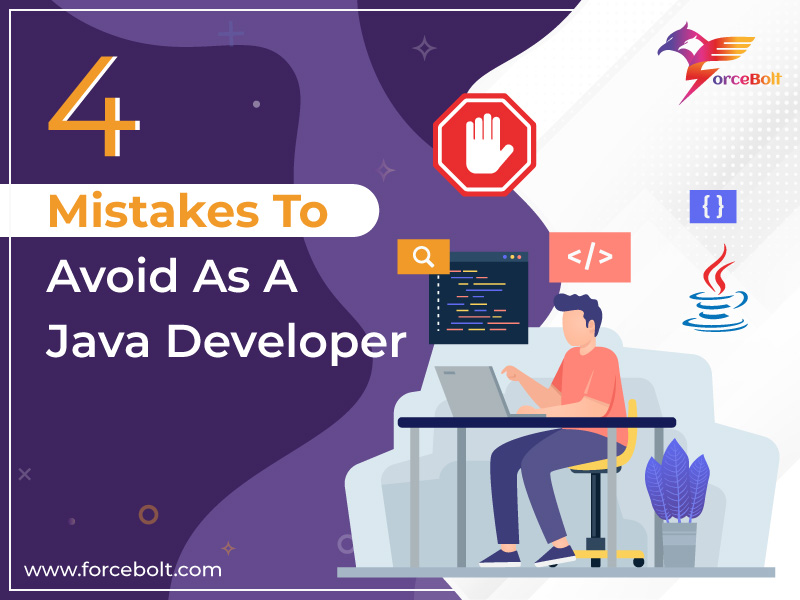 Java is one of the most widely used programming languages, with many applications using it to meet their demands. When you choose to code, you open up many doors for professional development as well as a wide range of changes or projects in which you can learn a lot about Java. For any full stack development agency, the only issue is figuring out where to begin and what to avoid while developing a Java app. Many people claim to have been practicing this language for years and have now mastered it.

Java has grown in popularity as a programming language for software development. Despite the fact that Java is more popular among developers than C or C++, it nevertheless has flaws.

Here are 5 Java programming mistakes to watch out for and how to avoid them.

Forgetting To Put Break In The Code

This is one of the most common blunders made by beginner Java programmers. Although it won’t produce a build problem, it will cause the code to operate incorrectly. This error is frequently undetected until the application is run, resulting in debugging problems. In Java, missing a break is difficult because of a characteristic called fall through. Fall through causes the code execution to simply carry on to the next case if there is no break in the current case.

Curly brackets { } are used to open and close programs in programming. Many developers, particularly newcomers, have a habit of forgetting to close their programs with the closing curly brace. Despite the fact that the compiler and current IDEs can quickly detect this error, programmers must nevertheless keep an eye out for missing closing braces. The best method to remember both brackets is to write them down right before you start typing.

Neglecting That Java Is Case Sensitive

Case insensitivity is still used in several languages today. HTML and SQL are two examples. If you’re used to using either of these languages, you may need to remind yourself that Java is case-sensitive from time to time. Java’s keywords are all in lowercase. An “if” statement, for example, cannot be an “if” or “IF” statement. Also, try to keep your names consistent in terms of lowercase and capital letters. If you use distinct variants of a variable name, Java will treat them as different names.

Due to advanced JVM and the language itself, Java as a platform simplifies many aspects of software development. However, its features, such as eliminating manual memory management and providing enough OOP tools, do not address all of the challenges and issues that a typical Java developer experiences. Java, like every other programming language, has advantages and disadvantages. Your best bet is to recognize and correct any Java development errors in your code as soon as possible so that it can function smoothly.

Are you looking for React Development Agency? Connect with the proficient React JS developers at ForceBolt who will provide you with scalable measures and assist you with a full-proof app development process.